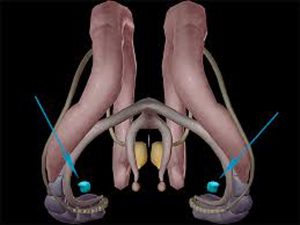 Our brains are designed to help us survive as a species.  Without our limbic system we would not have the extra energy to defend ourselves by fighting attackers, or running to evade them.   This extra energy for the body in time of threat is known as the ‘Fight Or Flight’ response.
The limbic system of your brain is the source of all of your emotions and can give you the strength to lift a car in an emergency.  It can also exaggerate a simple argument and energize you to say you are ending the relationship with your partner.
Often when a partner says things like, “We’re just not a match.”  Or, “I can’t handle this anymore.”  Or, any comments that indicate that you are not committed and implying that you may not stay in the relationship.
I call this ‘Abandoning Language.’  In most instances of using ‘abandoning language’ the partner saying it, takes it back within 24 hours.  Some will not even really address that they just hinted that they will end the relationship, and they just go back to a less agitated state and do not bring up that they threatened the relationship.
The use of abandoning language, in which one or both partners threaten their withdrawal of commitment to the relationship, only leads to a relationship that does end, or one that is just a rollercoaster of tension and stress.
There are two things to remember about abandoning language.

Think before you speak.  Of course, it is O.K. to have a serious conversation with your partner saying you are thinking about an ending.  But, when statements hinting at endings are made in moments of anger and fear those statements are not followed through.  People saying that are more likely referring to wanting to end this ridiculous or tedious argument; not ending the relationship.  Much more on that later, but for now simply make a solid commitment to yourself, that you do not imply the ending of your relationship in moments of anger and high emotional intensity.  How long would you stay and work for a boss who talked about firing you?

Just like a recovering alcoholic can slip in sobriety, you may slip in using abandoning language.  If a slip does occur, it’s really important that the person get back on track as quickly as possible.  So, if you do end up blurting out, “I can’t stand this any more!” or threatening to leave the relationship; please do a ‘First Pants’ statement as soon as possible.

First Pants statement is 3 sentences:
a) What’s true about my behavior, or what’s my part in this problem?

b)  Acknowledge your partner’s feelings i.e.. “I see you’re upset.”

c)  Amends/Action-  Say you’re sorry and say what actions you’ll take so that you’re not doing this in the future.