I’ll Listen To Your Anger, But Will Not Stay In The Room With Your Hostility 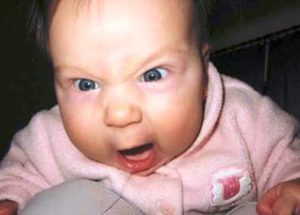 8. For the hundredth time, No! I’m not interested in seeing any of those movies with blood and gore. I’m not a sicko like you.  Quit asking me!  Don’t you understand English?

9. All I said was “My mother thinks you should be more loving to me.” Your reaction to this is crazy.  You’re too sensitive.  What’s wrong with you?

12. You haven’t complimented me on how I look tonight. Aren’t you proud of me?  Aren’t you attracted to me?  You never compliment me anymore.

13. Would you stop bothering me as soon asI get home? Can’t you wait a few minutes while I relax?  No, you have to get your needs met right away.  Well, what about me, and my needs?

14. Can’t you just not interrupt me? Every time I talk, you have to get in there and tell me what’s wrong with what I’m saying. Don’t you have any respect?

15. I can’t talk with you because you get so angry and threatening. You won’t let me talk about my side of a story.  It makes me so mad!

Let us go through each of the 15 statements again to see which of them are expressions of what is felt and which are focused on the other.  Expressing a feeling is a statement that is About Me. Let us abbreviate this with AM.  Even if the other’s behavior is mentioned, a statement is considered About Me(AM), if it’s clear that the sentence refers to back to the speaker (i.e. “It makes me feel _____.”  “It makes me think_____.”)

Expressing a belief or feeling about others is a statement About You. Use AY for short to show that the statement conveys anger, but the person is not saying how it feels.  The person is saying something mean or blaming the other.  Here is the mask of anger covering up more vulnerable feelings.  If only men could learn how to say “Ouch!”  This applies to women as well.  It’s just that it’s culturally ingrained in men.

If you completed the AY/ AM (about you / about me) part of this exercise you may notice that many of the statements you identified as being hostile, you later also labeled as AY, or About You (the other).  This is because statements made about the other tend to contain all sorts of negative shaming, labeling, mindreading, or simply focuses exclusively on the other.  It’s missing the expressive element of saying, “… it makes me think _____ , which makes me feel _____ .”   If you speak primarily about the other, do not be surprised that you get defensive, or angry responses.  You may think you are expressing yourself.  But, you may be simply labeling and defining the other.

It is more productive to make statements that are About Me. One reason is that no one can argue with you. Who can tell you that you do not feel somethingor that you should not think something? While it is ridiculous, many people may indeed try this.  Italways violates the other’s mental or emotional boundaries to say he shouldn’t feel something.  The other person will hear an angry statement better if the expression is made as an ”I statement.”  There are people who can’t tolerate hearing any statement that reflects poorly on them, so it does not matter how you express yourself.  They will always try to avoid, deny, minimize, defend, rationalize, justify or blame you, even when you express your anger as an, ‘I statement.’ It is best, for your own growth,to learn to speak your feelings more expressively using the About Memethod.  Forget about getting the results of getting him to change or understand you.  If you get too focused on the result of getting him to change then you’re more vulnerable to being upset if it doesn’t happen.

There is difference between expressing anger and expressing hostility.

It is important that you be willing to see that perhaps you are broadcasting hostility and do not know it.

Hostile and intimidating language usually involves descriptions of ‘The OTHER.”